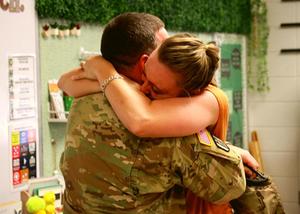 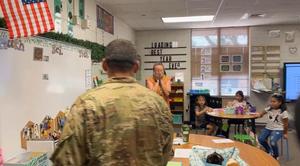 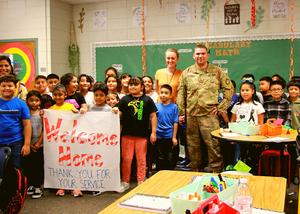 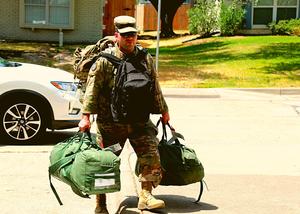 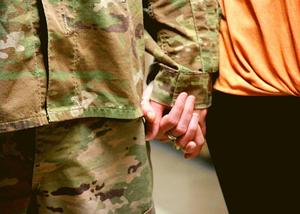 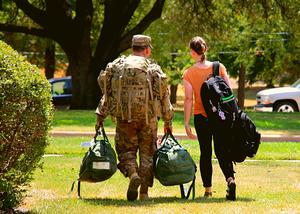 For the past 11 months, her husband Sgt. Devon Kaapana of the U.S. Army served in the Middle East. His wife had no idea he was back stateside early.

The teachers, staff, and students at Henderson Elementary celebrated the return of our hometown hero as he surprised her in her class. Bryan ISD’s Communications Team and some local media were on hand to capture the special moment.

“I’m a little overwhelmed. I’m so happy! It’s been a long year with our toddler,” said Morgan Kaapana.

“I’m really glad to be back,” added Sgt. Devon Kaapana. “Nothing to do but go outside and play,” he added regarding his immediate plans.

Mrs. Kaapana said her school family has been there every step of the way during her husband’s deployment.

“Henderson is my family, away from my family and neither one of us have family that is really, really close [by]. My family is three hours away, his is across the country, so this school, it has been my family,” she said.

After the reunion, her class and members of the Henderson Elementary family posed for photos to welcome the soldier home.

“Thanks for coming and making it more special and appreciating, you know, him. I appreciate him, so it’s good to know that other people do too,” said Morgan Kaapana.
Sgt. Kaapana has served in the Army Reserves for more than eight years. He told Bryan ISD he’ll be home for about two months before he has some more military schooling here in the United States. Then he plans to be back again.
“Super grateful for everyone,” he said.