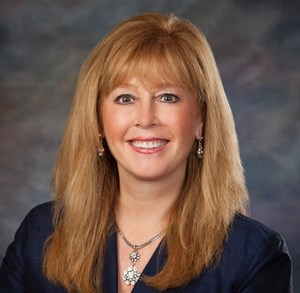 The Bryan ISD Board of Trustees has unanimously voted to name Dr. Christie Whitbeck as the lone finalist for superintendent of Bryan ISD. Whitbeck, the current Deputy Superintendent for Fort Bend ISD (FBISD), has more than 32 years of experience in roles ranging from the classroom to central office administrator.

She was selected from a pool of 54 applicants and selected by Trustees based on the strength and breadth of her experience and her strong interpersonal skills.

“The board evaluated an extremely strong pool of applicants, and that’s a very good challenge to have,” said Bryan ISD Board of Trustees President Trey Moore. “In Dr. Whitbeck we found a proven leader who has worked in districts of varied demographics, turned around struggling schools and thrived in schools with higher-achieving students. Throughout the reference checks and surveys the Board has studied, Dr. Whitbeck was consistently identified as a leader who listens and places a high value on employee morale and employee retention.”

Per state law, the process to appoint Bryan ISD’s next superintendent now enters a required 21-day waiting period before the school board can vote to hire and execute a contract. A start date has not yet been identified.

Whitbeck has served as deputy superintendent of Fort Bend ISD since August of 2013. She has overseen major District initiatives and assisted in passing a $500 million bond to benefit schools. She assisted the superintendent directly and served as his liaison for community engagement initiatives. Whitbeck has chaired the Academic Advisory Council and led the development of multiple FBISD initiatives such as the FBISD Global Exchange, truancy prevention and leadership development. She was responsible for planning and designing a Career Technology Center and a New School Task Force for the district of 75 campuses, 74,000 students and 10,000 employees.

Whitbeck describes her leadership style as one that generates decisions based on problem-solving, teamwork, feedback from constituents and open/honest communication. She believes the role of a superintendent is to set the tone for interactive communication, collaboration and mutual respect.

From 1992 to 1998 she served as principal of Winborn Elementary in Katy ISD. The school became a Texas Blue Ribbon School, Exemplary School, a Distinguished Title One School and was recognized with the Governor’s Performance Gain Award under her leadership.

Whitbeck earned her first post in school administration in 1989 as assistant principal of Cimarron Elementary in Katy, a position she held from 1989 to 1992. She served as a Language Arts Specialist, Team Leader and Teacher in Alief ISD before earning her first promotion.

Whitbeck is credited with leading Fort Bend ISD from having 33 Performance-Based Monitoring Analysis System schools “staged” for special education to zero schools tagged with that negative mark. She enjoys mentoring educators of all levels, including helping to groom the next generation of assistant superintendents, principals and assistant principals.

About the Superintendent Search:

The search to identify a superintendent for Bryan ISD began in November 2016 and was led by Executive Search Services (ESS), a division of the Texas Association of School Boards (TASB). After a kickoff meeting with the Bryan ISD Board of Trustees, Butch Felkner and Marian Strauss of ESS/TASB led the District through multiple staff/community input forums and a forum to gain insight from board members. These forums helped to develop the leadership qualifications and characteristics desired by District staff, the community and by Trustees.

The application window closed Jan. 30, then applications were reviewed and seven candidates were interviewed throughout the month of February 2017. Two finalists participated in second-round interviews, resulting in a decision by Trustees to name Fort Bend ISD Deputy Superintendent Christie Whitbeck as lone finalist March 8. By law, lone finalists must wait 21 days before a school board may present a contract and vote to hire them.

A board meeting and vote to hire the next Bryan ISD superintendent is scheduled for 6 p.m. April 3.